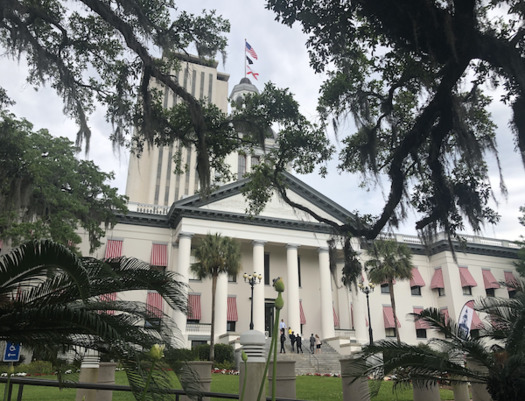 TALLAHASSEE, Fla. — The pressure is on for states such as Florida to expand Medicaid, currently missing out on billions of health-care subsidies in the $1.9 trillion COVID-19 relief package.

In addition to the $1,400 stimulus checks some Americans soon will receive, the pandemic-aid law offers billions in incentives to Florida and 11 other states to entice them to expand Medicaid.

Anne Swerlick, senior policy analyst and attorney for the Florida Policy Institute, said the state’s refusal to expand is not just harming adults in need of coverage but also Florida’s children.

She pointed to data tracking from 2016 to 2019 with significant drops in kids’ health coverage.

“We saw a jump of 50,000 more uninsured kids, which puts us at about 343,000 more children that are uninsured,” Swerlick observed. “This is actually affecting Hispanic children one and a half times more.”

Florida could get an estimated $3.5 billion in federal funding.

Still, Gov. Ron DeSantis and other holdout states such as Texas continue to resist, and critics argue their reasoning is more ideological than practical given the benefits.

Adam Searing, a health-policy research professor at the Georgetown University Center for Children and Families, was the lead author of a report which found children in states that expanded Medicaid are twice as likely to have health coverage.

She and other advocates will keep trying while supporting bills with provisions that could help move the needle, such as Senate Bill 238 and its companion measure, House Bill 645, which would extend postpartum Medicaid coverage from 60 days to a year. Disclosure: Georgetown University Center for Children and Families contributes to our fund for reporting on Children’s Issues and Health Issues.

4 Tips to Make Adopting a Dog a Paws-itive Experience

Newspaper is your news, entertainment, music fashion website. We provide you with the latest breaking news and videos straight from the entertainment industry.
© Copyright 2017 - Newspaper WordPress Theme by TagDiv